Washington: China is actively developing its fleet of long-range bombers and “likely” training its pilots for missions targeting the US, according to a new Pentagon report.

“Over the last three years, the People’s Liberation Army (PLA)has rapidly expanded its overwater bomber operating areas, gaining experience in critical maritime regions and likely training for strikes against US and allied targets,” the report said.
The “Annual Report on Military and Security Developments Involving the People’s Republic of China” is a US government report mandated by Congress, which details Chinese military developments over the previous year.
This year’s report also claims that China is pursuing a nuclear capability on its long-range bombers, saying the Chinese air force “has been re-assigned a nuclear mission.”
“The deployment and integration of nuclear capable bombers would, for the first time, provide China with a nuclear ‘triad’ of delivery systems dispersed across land, sea, and air,” the report said. 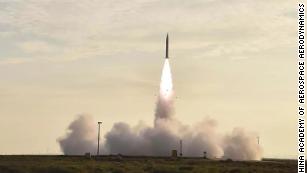 China claims to have successfully tested its first hypersonic aircraft
In response to the report, China called on the US to abandon its “Cold War mentality.”
“We demand that the US side abandon the Cold War mentality, to view China’s national defense and military construction with objective and rationality,” China’s Ministry of National Defense said in a statement Friday.
China’s Ministry of Foreign Affairs also responded with a statement, saying Saturday, “The US report ignores the facts, and improperly comments on China’s national defense construction and makes irresponsible remarks about China’s legitimate behavior of safeguarding the sovereignty and security.”
Chinese President Xi Jinping has made no secret of his desire to modernize China’s armed forces, including weeding out widespread corruption in the ranks and updating the country’s military hardware.
As Thursday’s report notes, the PLA is undergoing “the most comprehensive restructure in its history to become a force capable of fighting joint operations.”
The United States released a new Defense Strategy at the beginning of 2018 where it proclaimed “long-term strategic competitions with China” as one of the US military’s top challenges.
According to Thursday’s report, China is working on a “stealthy, long-range strategic bomber with a nuclear delivery capability that could be operational within the next 10 years,” in addition to the bombers it already operates.
In a show of the expanding reach of Beijing’s power, the Chinese military landed nuclear-capable H-6K bombers on one of their artificial islands in the South China Sea for the first time in May.

This year’s report comes at a time of heightened tensions between the United States and China, amid an escalating trade war and disagreements over Beijing’s actions in Taiwan and the South China Sea.
Even before the new report’s release, Washington was feeling the full brunt of the Chinese military’s fury over a new $717 billion US defense bill which encourages closer cooperation with Taiwan to counter Beijing. 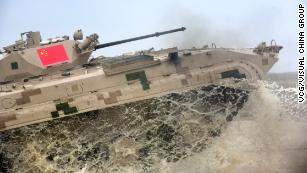 International army games opportunity to sell weapons: Chinese state media
In a statement released on Tuesday, Chinese Ministry of Defense spokesman Wu Qian said the United States was”full of Cold War mentality.”
“A man cannot prosper without honesty, the same is true for a country,” Wu said. “We urge the US to stick to its promises to China regarding Taiwan question, and uphold the one-China policy.”
The new US report released on Thursday said China was deploying “increasingly advance military capabilities intended to coerce Taiwan” in a bid to prevent the island from declaring independence.
Despite Taiwan being self-governed for almost 70 years, the mainland Chinese government continues to view the island as an integral part of its territory.
The US report didn’t just highlight threats to the United States or its allies — there was also a broader discussion of the spread of Chinese influence around the world.
The document notes China has established its first overseas base in Djibouti and that it “will seek to establish additional military bases in countries with which it has a longstanding friendly relationship and similar strategic interests, such as Pakistan, and in which there is a precedent for hosting foreign militaries.”
China formally established its Djibouti military base in July last year, followed several months later by the country’s controversial acquisition of the Hambantota port in Sri Lanka.
Around the time of the Djbouti base opening, an editorial in the state-run Global Times stressed its importance to Beijing’s plans. “Certainly this is the People’s Liberation Army’s first overseas base and we will base troops there. It’s not a commercial resupply point… This base can support Chinese Navy to go farther, so it means a lot,” said the paper. 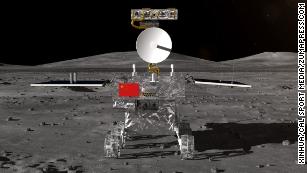 This is the rover China will send to the dark side of the moon
The Pentagon report said Chinese President Xi Jinping’s signature infrastructure policy, the Belt and Road Initiative (BRI), served to encourage countries to fall into line with China’s ambitions.
“China intends to use the BRI to develop strong economic ties with other countries, shape their interests to align with China’s, and deter confrontation or criticism of China’s approach to sensitive issues,” the report said.
China also continues to develop counterspace capabilities, “including kinetic-kill missiles, ground-based lasers and orbiting space robots,” the report said, a time when US President Donald Trump plans to establish a Space Force by 2020 to protect US assets in space.
Beijing is also working “to expand space surveillance capabilities that can monitor objects across the globe and in space and enable counterspace actions.”
(CNN)