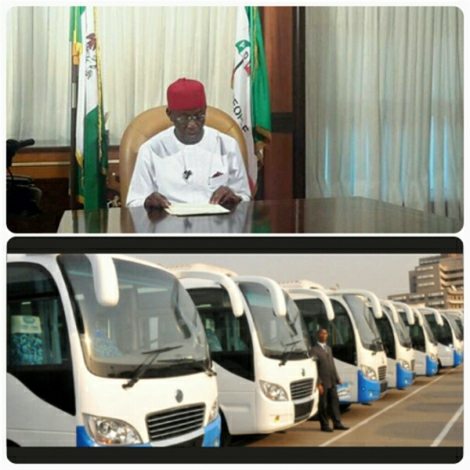 Irked by the continued debt owed by Delta state government to staff of Delta Line Transport Company, leading to the death of one of its members, the Amalgamated Union of Public Corporations, Civil Service Technical and Recreational Services Employees (AUPCTRE) is planning a showdown with the state government if it fails to urgently pay up arrears owed staff of the company.

Reports made available to Blank NEWS Online on Thursday, November 16, 2017 revealed that Mr. Darlington, a driver with Delta Line who is owed four months salary by the state government died as a result of lack of funds to seek medical attention while he was indisposed.

The state chairman of AUPCTRE, Comrade Jerry Okousun, revealed to Blank NEWS Online that the state government’s unwillingness to settle worker’s salary arrears, following Governor Ifeanyi Okowa’s engagement of God Is Good Motors (GIGM) in the operation and partial ownership of the government owned transport outfit, has led to the death of some workers, just as many others have given up on hope, as a result of the economic crisis and recession in the state.

Comrade Okousun said the union’s decision to spoil for a showdown with the state government stems from the deliberate refusal to act on issues raised by the union, saying:
“We have written to the state Governor through the office of the Secretary to the State Government (SSG) and the ultimatum will expire on Monday, November 20, 2017.”

Meanwhile, the state Commissioner for Finance, Mr. David Edevbie had on Monday, November 13, 2017 inaugurated a new committee to oversee the affairs of Delta Line. The committee is headed by the Senior Special Assistant (SSA) to the Governor on Transport, Comrade Chibuzor Charles Uwajeh who also doubles as the Acting General Manager, while other members are personnel from God Is Good Motors (GIGM), Directorate of Transport and Delta Line respectively.

The State Executive Council of the Union, during a recent emergency meeting threatened to organize a protest against the state government, should their grievances not be addressed holistically and alleging that the concessioning of Delta Line to a private owner at 60-40 percent equity share was a plot for jobs lay-off of the nearly 750 workers whose salary arrears are still pending.

He promised the staff of Delta Line that the union will not rest on its oars in pursuing the welfare of workers since the privatization of Delta Line has led to mass retrenchment, povertry and death of the workers, claiming that the unpopular action largely negates the governor’s advocacy of prosperity for all Deltans.

He recalled that the erstwhile management of Delta Transport Services Limited made giant strides with payment of monthly wage bill of N26 million with an average Internally Generated Revenue (IGR) of N42 million, prompt payment of workers’ salaries, gradual loan repayment to Zenith and Wetland banks, payment of contractors and cooperatives as well as prompt maintenance of vehicles and retrieving of vehicles used as collaterals.

But a government statement credited to the Commissioner for Information, Mr. Patrick Ukah on Thursday, August 24, 2017, noted that, “unlike others who benefitted from the allocation of the government buses, Delta Line never remitted any revenue to the state government, instead the company was riddled with debts made up of salaries and wages of staff, allowances and claims of staff, contractors, and suppliers obligations.

“In a bid to sanitize the company, government sacked the General Manager and suspended some other principal officers and directed the Directorate of Transport to supervise and oversee the activities of the company, with an inherited six-month salary debt.”

Also, the Chief Press Secretary to Governor Ifeanyi Okowa, Mr. Ehiedu Charles Aniagwu had during a media conference in Asaba on Tuesday, August 29, 2017, stressed that the State Government believe that over the years the Delta Line that was set up with very good intentions have not been able to live up to its expectations, both in terms of delivering on its obligation to the staff of the cooperation and also obligation to the state government who have put in enormous amount of funds in ensuring that the entity run as a viable transport company.

Although, verifiable evidences have proved that Delta Line has been used as a financial drain pipe by government to loot the state treasury, successive and incumbent governments have continued to deny the allegations.

Prior to the Delta state government’s decision to concession its only transport outfit by relinquishing 60% stake to God is Good Motors Limited through a Public Private Partnership (PPP) arrangement, Delta Transport Services Limited, incorporated over 25 years ago was established primarily as a transporter of passengers with nearly 750 workers, 38 terminals as well as a courier operation for the movement of goods and packages.